( In-person or online via Skype or Zoom)

Do you want to stop smoking  but worry about having to cope with the awful cravings, becoming irritable, or putting on weight?   The good news is that it doesn’t have to be like this, it really doesn’t have to be  difficult, even if you’ve already tried any or all of the  other methods. Many people I help to become happy non smokers turn to hypnosis  as a last resort, having tried other methods.   In just one session, you could free yourself from the habit, feel fitter, healthier, and save money. 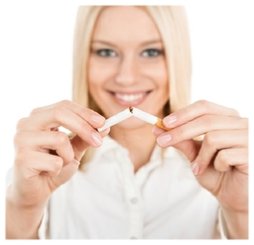 End the cravings and “Quit smoking the easy way!

You could save around £3,500 a year if you quit a 20 a day habit. Imagine what you could do with that money instead of letting it go up in smoke!

The specific Quit Smoking technique that is  used here at the Telford Practice is not “ordinary” Clinical Hypnosis as discussed in the New Scientist Quit Smoking Hypnosis Research Survey, but a more advanced process that combines all of the advantages of Hypnosis with the Thrive Applied Psychology Programme.

This Quit Smoking procedure (“Stop Smoking Easily”) has been developed by one of Europe’s most successful  smoking cessation therapists, Rob Kelly. Rob has helped more than 5,000 smokers to quit! and he’s personally taught and certificated me in using his technique.

Research has shown that 92.5% of 107 smokers quit after one session, (compared to 48% with the NHS stop smoking program), with many reporting that they found it “easy” whilst others stated they suffered very few cravings. 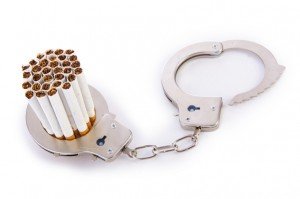 Our society’s extensive experience with working with Smokers since 1984 has led us to recognise that Clinical Hypnosis on it’s own does not deal with some of the underlying fundamental and limiting beliefs that smokers have that can make it so much more difficult for them to quit. Therefore we challenge some of your underlying beliefs about smoking, for example, why you think you smoke and why you have found it hard to stop. Concluding that quitting smoking does NOT have to be as hard you’ve maybe always thought it was.

To book your “Stop Smoking Session” directly, or for further information…..